ERCP success after 72 hours of pre-cut 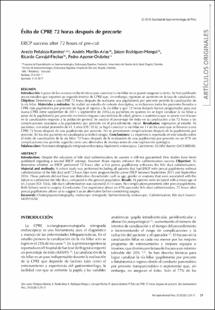