Musculoskeletal evaluation in severe haemophilia A patients from Latin America

The official journal of the World Federation of Hemophilia 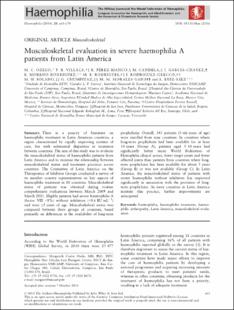