Structural and functional connectivity of ascending reticular activating system in a patient with impaired consciousness after a cardiac arrest. A case report 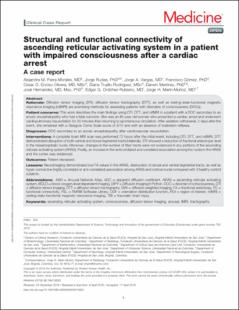